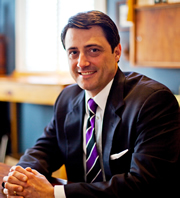 Matthew R. Lawrence, a partner with the firm, is from Valdosta, Georgia where his family has lived since the 1820s. He graduated from the University of Georgia in 1993 with a B.A. in English. In 1996, Mr. Lawrence received his J.D. degree from Georgia State University. While there, he competed with the Moot Court Board and served as its president his third year. He is a member of the Georgia Bar Association and the Valdosta-Lowndes County Bar Association.

His practice areas include civil litigation, including defense litigation.

Since being admitted to the bar in 1996, Mr. Lawrence has tried jury cases in counties throughout South Georgia in state and federal courts as well as litigating before the 11th Circuit Court of appeals.  Additionally, he has given talks at defense seminars, Chamber of Commerce educational programs, and spoken to forestry groups around the state on the topic of Civil Liability for Prescribed Fire.

Mr. Lawrence is also a member of the Georgia Defense Lawyers Association, and enjoys an AV Preeminent Peer review Rating from Martindale-Hubbell.

Mr. Lawrence and his wife have two children and he is an avid woodworker  and serves as the chairman of the South Georgia Regional Library Board of Trustees.